Big brother Sean runs the NYC Marathon for The U.P.

With this year’s New York City Marathon falling on the day after Halloween, many runners will be forced to forgo any late night trick or treating in order to wake up in time for the world’s most famous race. But not Sheena’s dear ol’ brother Sean. He won’t be able to trick or treat at all because he’ll be flying in from Heathrow on the late flight.  Instead of tooth aches and bag snatchers he’ll be forced to fight off jet lag and immigration. But if you think any of that is going to stop Sean from running top speed through the 5 boroughs, you better think again.  And it’s not the months of training in the dreary streets of South London that has him so determined. Not at all.
What has Sean’s sneakers locked and loaded is the fact that he’s promised his little sister that he’s going to run the 26.2 miles in support of The Uniform Project, as a way to raise more funds for the kids of Akanksha. So call it sibling guilt, or the best big brother in the world, whatever the case, Sean will be there at the starting gates in Staten Island, 6:00 AM sharp, ready and set to go. And around 4 hours later he’ll be crossing the finish line, delirious and dehydrated, but with the knowledge that his sore feet have sent some more children to school who otherwise would get left out of a much more important race.
So how can you get involved? Pledge to support Sean’s run for the kids here > 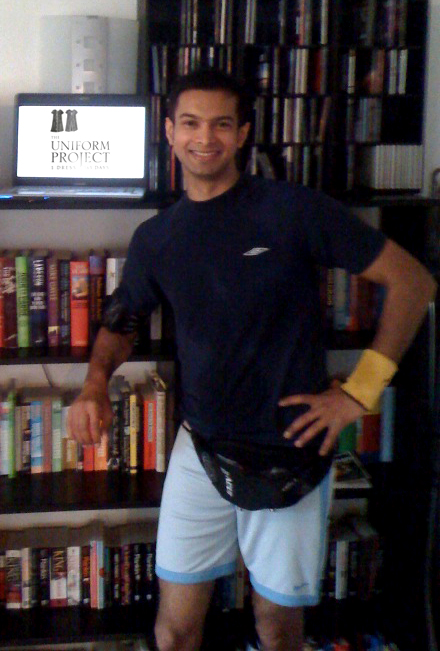