In May 2009, with fashion as her medium, and education her cause, Sheena Matheiken launched
The Uniform Project, pledging to wear a little black dress for 365 days as a sartorial critique of disposible fashion. There were a few rules set for Sheena’s daily exercise. While reinventing the dress was the crux of the daily challenge, she had to do so without buying any new items—instead, she would resort to second-hand accessories and donations from friends.

The project was also architected to be a fundraiser to support the Akanksha Foundation and their alternative schools in Mumbai and Pune that provides a progressive education to children living in slums. And so for the next year, Sheena reinvented her uniform with vintage, handmade, reused, or donated accessories. And each day as she posted her daily, she added $1 to a tip jar, encouraging others to contribute as well.

Almost immediately, the project went viral and was hit with a deluge of media attention. The Uniform Project was featured in major publications ranging from the New York Times Sunday Magazine, The Guardian, CNN, BBC Radio, Times London, LA Times, MSNBC, NPR, PBS News Hour, Vogue, Elle, Glamour, Marie Claire to hundreds of fashion, culture and design blogs, as well as TV shows around the world. By the end of the yearlong challenge, the U.P site received over 2 million hits and raised over $100,000 in donations for the Akanksha Foundation and Sheena was named one of Elle Magazine’s Women of the Year for 2009. 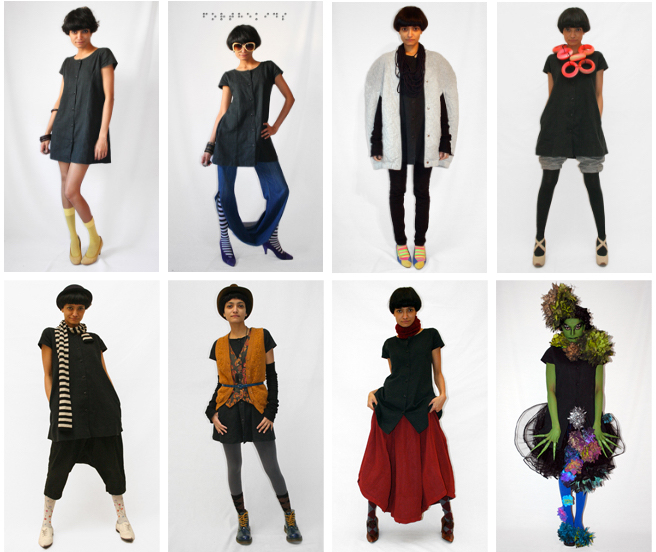 Sheena’s LBD was a button down reversible A-line, designed to be worn front to back or as an open tunic. As the project gained popularity, so did the demand for the dress. Well aware of the paradox of going into manufacturing as a result of a project that was essentially a statement against overconsumption, the U.P crew thought long and hard about how to address this new dilemma. In March 2010, with just a couple months left to complete Sheena’s yearl long challenge, U.P released 365 limited edition dresses, allowing the project’s most loyal fans a chance to ‘own’ their favorite day from Sheena’s calendar of looks with the purchase of one copy of the dress. Proceeds from each dress sale was automatically added to the fundraiser as well. The dresses were made to order locally in NYC, and they sold out in less than a week, raising an additional 10k in funds for Akanksha.

U.P’s LBD grew beyond simply being a dress, becoming more of a symbol of social change for the community of supporters around the world. And the increased demand to share in this movement prompted U.P to produce their own proprietary fabric in an organic cotton and silk blend. U.P also offered the LBD pattern for all DIY’ers out there, encouraging the sewer community to put their own twist on the classic LBD. 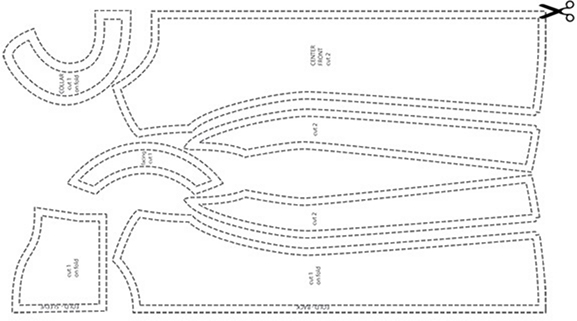 In a somewhat tongue-in-cheek gesture, Sheena had tacked on a “Donate Accessories” link on her dailies page, hoping her friends would donate a few items along the way. As the project went viral, U.P. was bombarded with accessory donations from all over the globe – from people’s personal wardrobes, from vintage stores, and from independent ethical designers who wanted to support the effort. Sheena credited these donations in her posts, reframing the dailies as an avenue to promote sustainable designers and local vintage shops.

Another great contributor to the accessories was eBay, where Sheena had found many of her vintage goods. After reading the NYT story on The Uniform Project, the V.P of marketing at eBay called up Sheena and connected her with the eBay Green Team, which led to a wonderful partnership. eBay matched all donations made during the holiday season (for the whole month of December) further boosting the fundraiser. Towards the end of the 365 day challenge, the U.P team auctioned off all the donated accessories through eBay, with all proceeds going to the fundraiser. The end of year auction raised an additional 5k in funds for Akanksha. 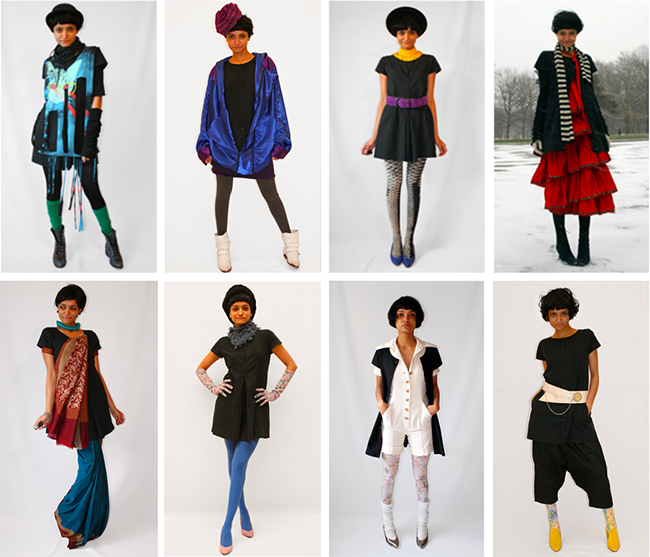