Duck into a random Chinatown basement where there’s a loud band playing in a room in the middle of a corridor. They sound better (or worse) than most of the wannabe punk bands you’ll hear in the LES, only ten years younger. It’s the intro to LuckYou, the first art show put on by India’s collective of the same name. She organized and curated the exhibit with her buddies Jack and Louis right before her month in the LBD started and the artists showing are their friends from school and around the city. So Sheena, Tara, Blue, and I came out from the U.P to get a glimpse of our soon to be pilot’s crew. 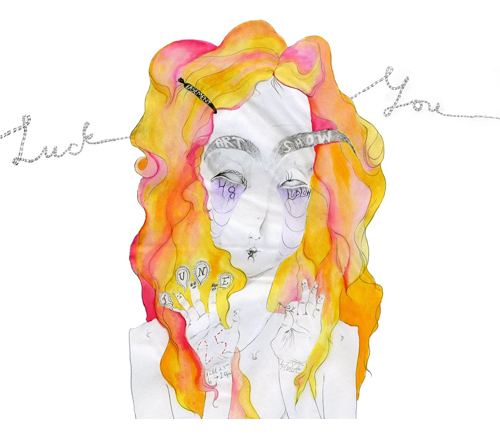 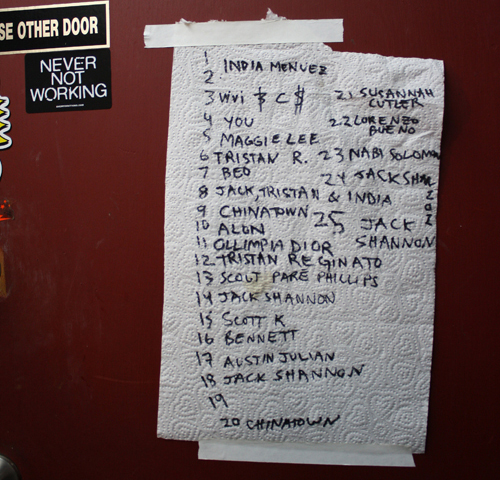 The venue is straight down a steep metal staircase, put it this way, heels were a mistake. India’s piece is the first and last thing to see, though it’s not hanging on the wall, her piece is a shelter that she built. To experience it, you have to enter the room which has a claustrophobic feeling of uncomfortable fascination. Later, she tells us her thoughts behind it. The shelter encapsulates a dementedly beautiful story spun out of colorful torn bits of paper and poems and tea lights that manifest into a man’s sanctuary where he has trapped a young girl. He wraps her up in a cocoon in hopes of turning her into a butterfly. His obsession suffocates her. After hearing the story we all go in again. 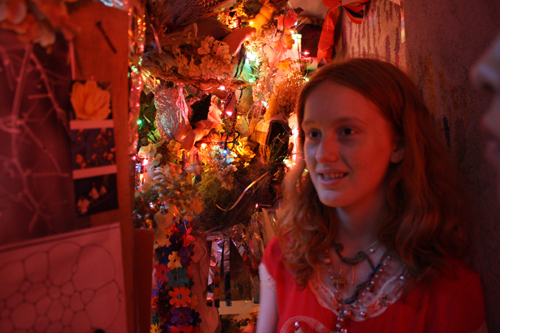 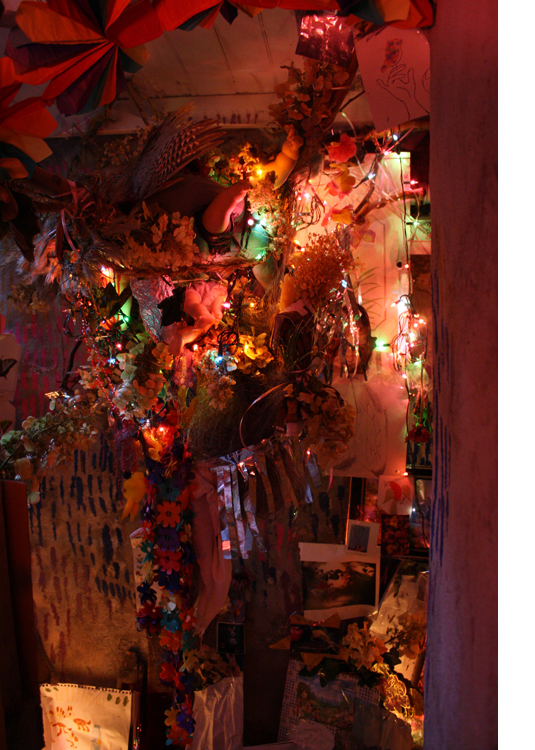 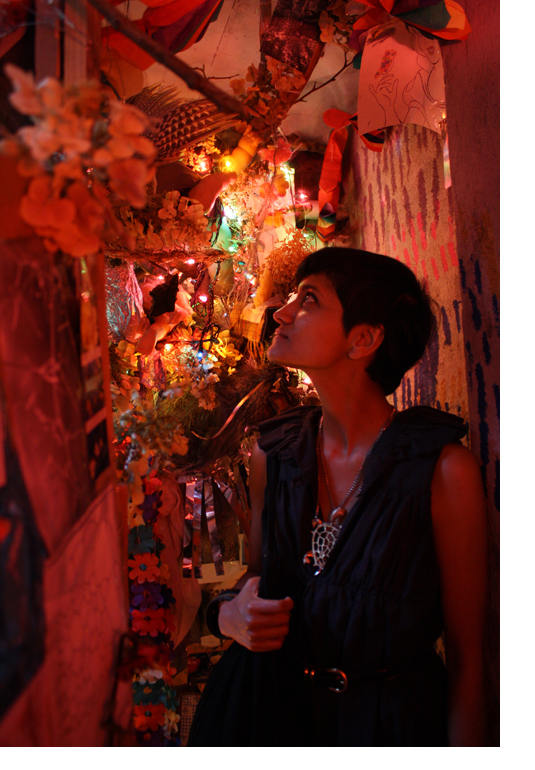 The rest of the show is in the back, past the band. First I stop in front of a 4-sided wooden box painted with the italic letters ‘Watership Down’ on the inside. Loved that book. Then, there is grungy dress hanging on the wall with a hand embroidered face that catches my attention. Meanwhile Sheena goes towards a double exposed photo of a reclining torso with matching moles and birds. It is an unpretentious mix of media, theme, size, and skill which is hard to find in this city. 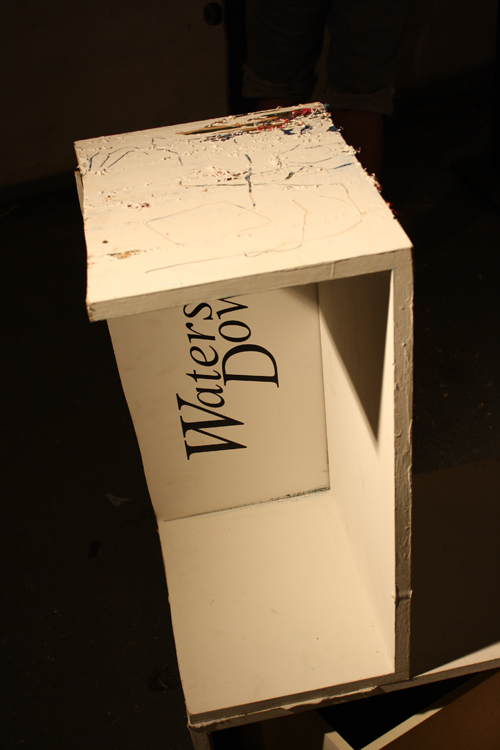 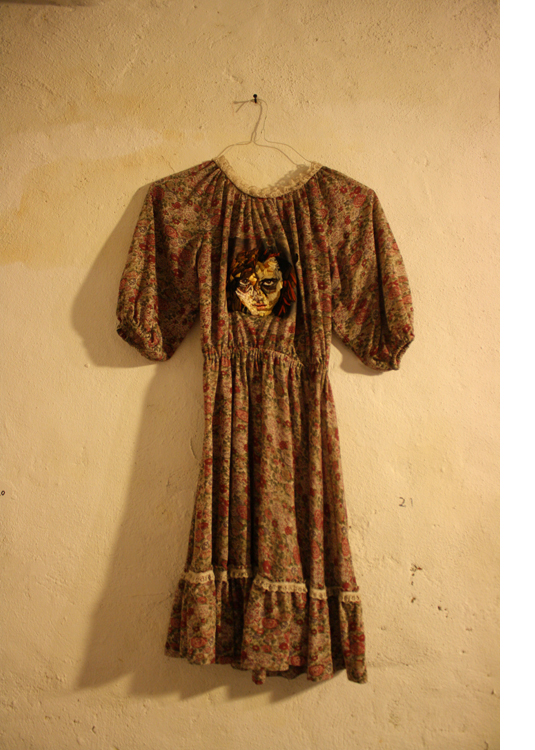 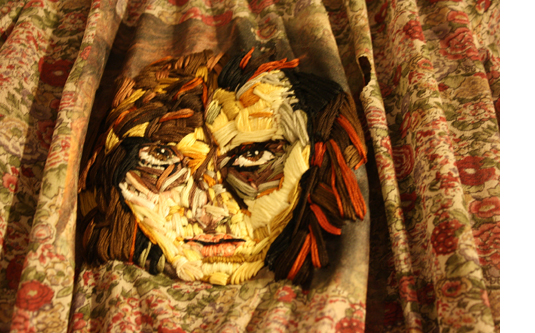 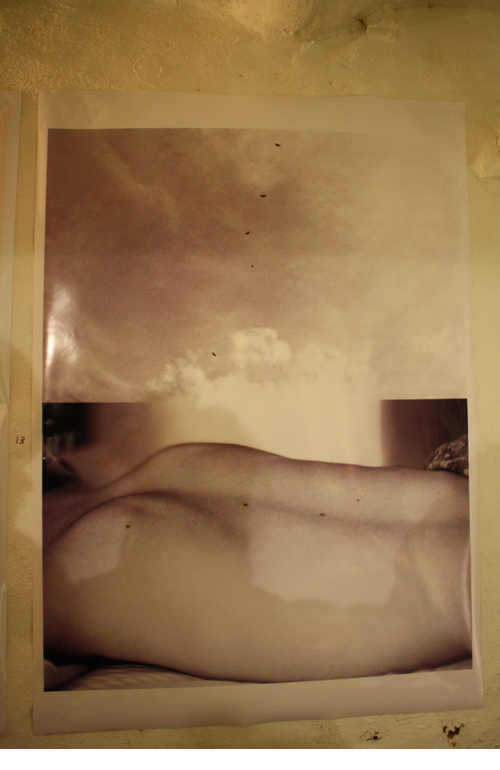 Walk up the metal staircase onto the Chinatown street and there’s a crowd gathering. A guy in gold sneakers is painting sparkles on people’s faces. We meander through the young artists and friends of artists with all sorts of style like half died hair do’s and self-mutilated shirts. Here are a couple moments from the scene.
LuckYou. x. wasabipear 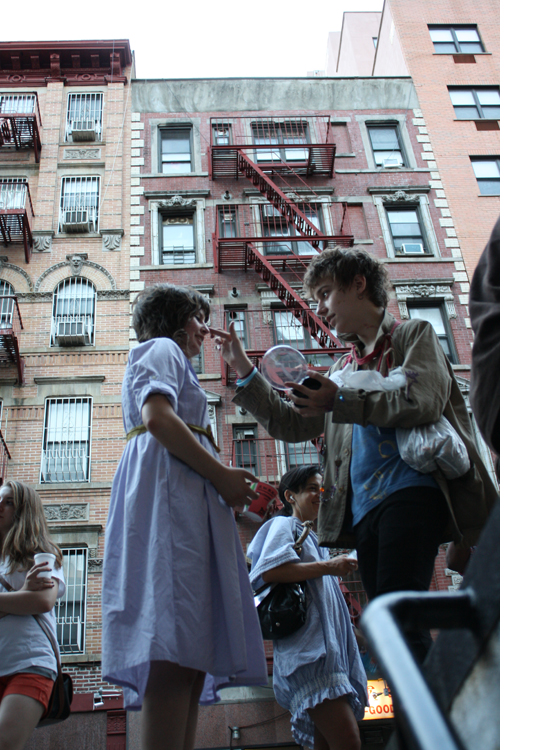 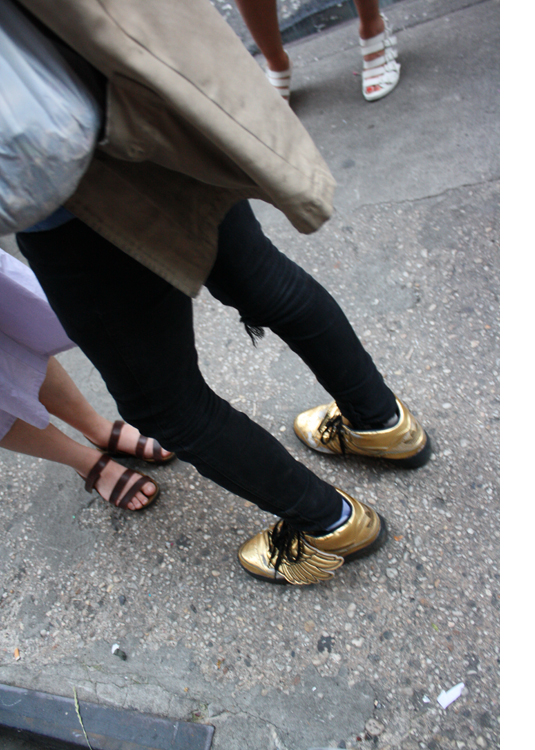 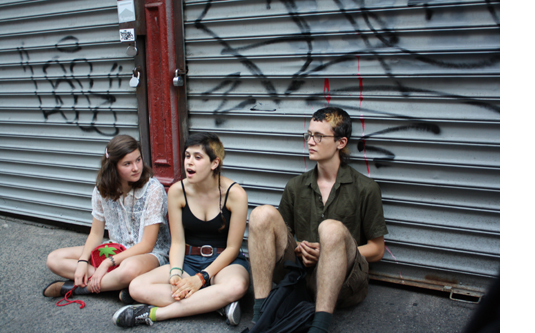 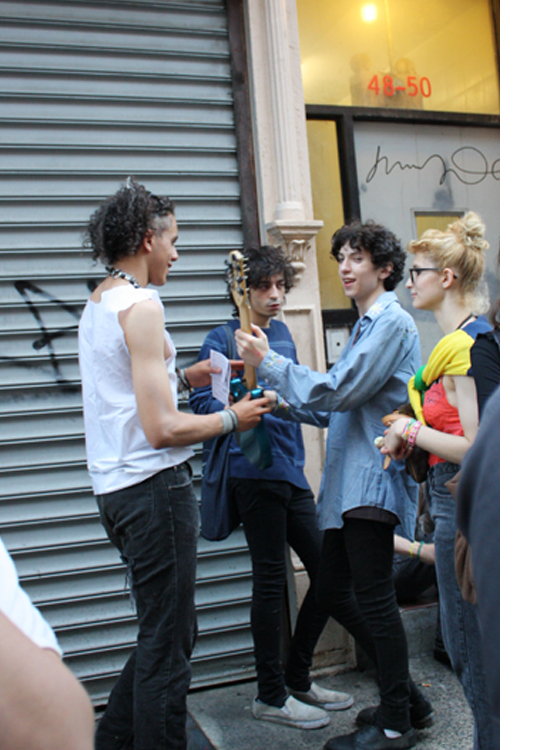 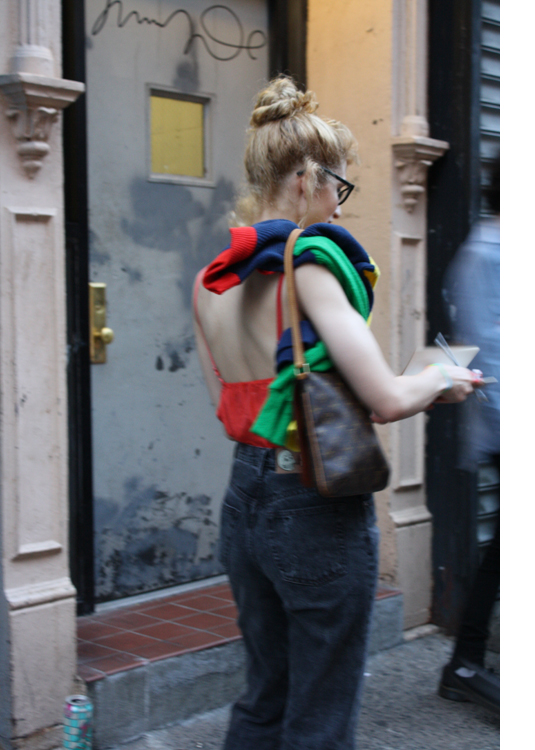 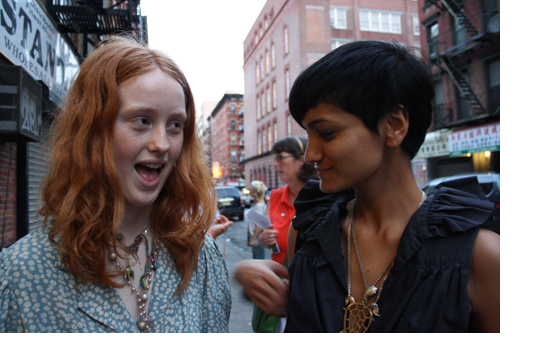 Lyndranette says:
sweet! love the pics of the people in the street. It's great seeing fashion being demonstrated in everyday life. The gold "winged" shoes are tool cool :). Keep on keepin on! lyndranette.blogspot.com
2010-08-27 22:29:34