Get Rid of Earth Day

(… in honor of Earth Day.)
Awareness days, weeks or months are of our more peculiar modern inventions. Pick any cause and you’ll see that the officially sanctioned allotment of time dedicated to that mission will be thriving with campaigns, events, fundraisers and initiatives, all aiming to mobilize and further said cause. They’re like Burning Man for Activists. But for the vast majority of people who are at best only mildly socially conscious and far from capital A Activists, awareness days (weeks, months) are a time and space to be marginally engaged in a cause without breaking their habitual way of life. They’re the quick fix solution to quick and easy absolution. They typically manifest as a corporate initiative from your employer or a social group and often tend to be finite and short term, involving some social act of camaraderie between colleagues and friends. You paint a mural at the public school, you plant a tree in the local park, you contribute $20 online to charity: water’s World Water Day campaign, your whole office decides to switch to the fair-trade coffee. You did your part, feel a little better about yourself, and life resumes. The Activists can follow through with the heavy lifting for the rest of the year. 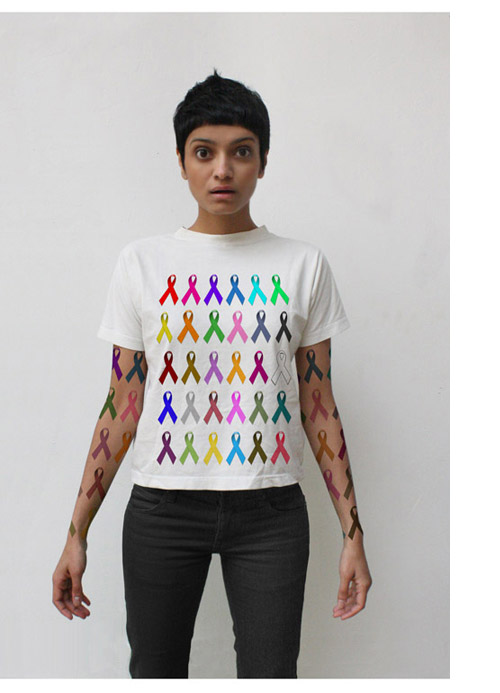 But when it comes to the environment (given this issue’s urgency and proximity to all of our lives), it becomes a bit more difficult to “tokenize” goodwill and be so easily absolved. So as we celebrate Earth Day today, what’s on my mind, is this: How do we push this day of awareness past the quick fix syndrome in order to impact long term behavioral change?
In a recent interview at Compostmodern, a conference about designing a sustainable future, the visionary Bruce Mau addresses this very concern. “We have to get to sustainability as way of living — not as a special thing, and especially not as a radical, marginal form of sacrifice.” Positioning socially/environmentally conscious living as ‘sacrifice’ implies that the behavior is abnormal. In order to remove this notion of ‘sacrifice’ it is key that we address the very habits we take for granted, the type of things we do on a day-to-day basis.
Personally, I think a good place to start is to not treat these issues as political burdens. You have to be careful not to alienate people. But you can effect change through example. Especially creative examples. And since we’re talking about changing habits, then why not address the issues through something as simple as a daily routine? And what’s better than a daily routine to transform the notion of “limitation” or “sacrifice” into creative opportunity? This was my thinking when I decided to start the Uniform Project.
When first sharing my plan to wear the same dress for an entire year, the immediate reactions were usually along the lines of “you sure you want to do that?” and “that is a real sacrifice!” (I also got a lot of “you’re completely nuts”, to which I would nod smugly.) It wasn’t until the project was well underway that it viscerally clicked for people — that the challenge was indeed really about unleashing creativity rather than limiting it. And when it clicked, it really clicked, far beyond my wildest dreams.
Of course, I’m not suggesting that everyone only wear the same dress for the rest of their lives, or that some other impractical act of extremity is going to be the cure-all solution to lasting behavioral change. (But extremities are sometimes necessary to make a point.) The goal of the Uniform Project is to show that sustainable fashion can be fun, personal, individualistic and socially impactful–by taking an action we all can relate to, i.e., the act of getting dressed, and using it to address some important issues. And with nothing more than my crazy idea, it hopefully convinces others that anyone could do the same with their own crazy creative ideas.
In the spirit of Earth Day, I can’t imagine anything better than multitudes of people undertaking their own creative projects, all aiming in their own way at shifting our unhealthy routines and shortsighted social mores, all in order to make a more livable world. If enough of us take this, dare I say fun, approach we can create the real cultural shifts that need to happen. What do we have to lose? If we fail to act? Perhaps everything. But if we succeed? The need to have an Earth Day. But I think that’s a fair trade.
-s
(Article originally featured in iVillage >)

thuyanne says:
so very well said! your passion for sustainability really shows through everything you say and do. this is a very inspiring post to keep on keeping on, and not just on said days. i'm hoping to have a long lasting creative project to show you in return, thanks for this post!
2011-05-28 08:27:10
CAG says:
What a great article!! Thanks for continuing to be an inspiration. p.s. You look amazing and I love the new haircut!
2011-04-22 19:00:29