Behind the scenes of our LBD photoshoot

In light of the incredible success of our Limited Edition LBD sale (sold out in a week!) and dress production now underway at our local factory (we’ll have more updates soon), we’ve been meaning to share with you some behind the scenes action from the dress shoot with our friends and folks from StyleLikeU. You know StyleLikeU, they are the same lot who’s made a habit of raiding eccentric New Yorkers’ closets. We met them when they shot a video journal on the Uniform Project a couple months ago. The lovely mother-daughter duo who started the venture – Elisa and Lily, don’t only advocate originality and flair, they carry quite a bit of it themselves.
When we told them about our limited edition dress release, StyleLikeU enthusiatically volunteered their diverse candidates to put individual twists to our LBD. We had ten models spanning 3 generations from different cultural backgrounds and walks of life for the shoot. Oh, and we were even able to get Elisa and Lily to strike some mother/daughter poses!
On the other side of the camera was James Garrett, friend and photographer extraordinaire, who worked his magic behind the DSLR. And we were also backed by Root Capture Brooklyn who generously loaned us high-end equipment. So, with some collaborative creative efforts and a little help from our friends we were able to produce a photo shoot of topnotch professional quality with a non-existent budget. 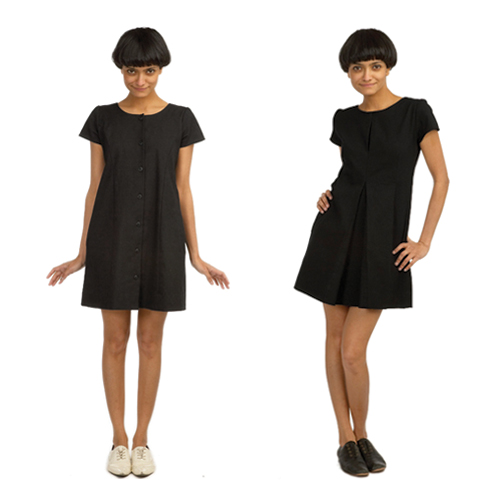 Below are some delightful interpretations of the LBD that Sheena has donned for the past year as seen on a grand band of style mavericks. 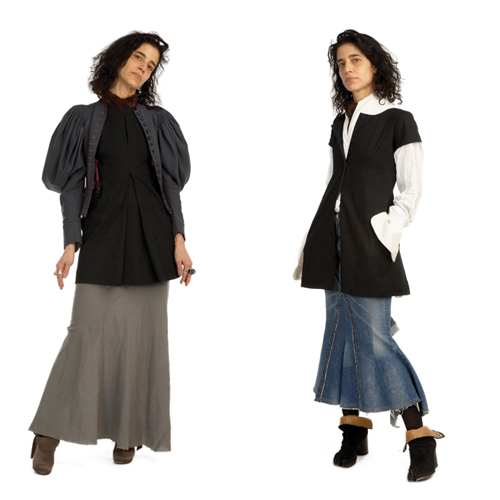 Elisa Goodkind was a striking mix of Patti Smith, the Artful Dodger, Jack Sparrow, and Virginia Woolf. After years of being a stylist for some of the the top of the fashion names, Elisa left the industry to launch her dream project, StyleLikeU. 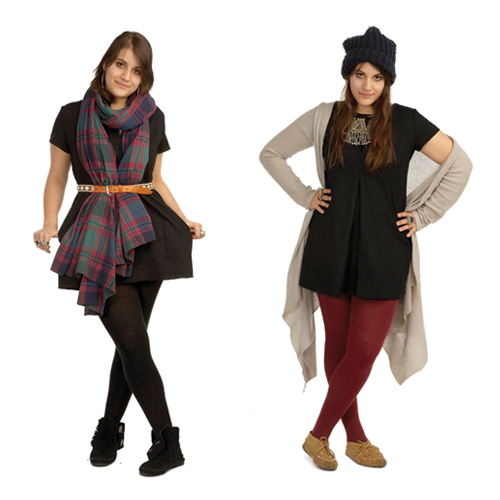 Her daughter, Lily Mandelbaum, came armed with her flea market treasures from around the globe. She is currently doing a double-major in film and anthropology and just returned from making a documentary with her brother, Louis, in the slums of Nairobi, Kenya. Her dream is to use the StyleLikeU platform to aid women and children’s health and education in Africa. 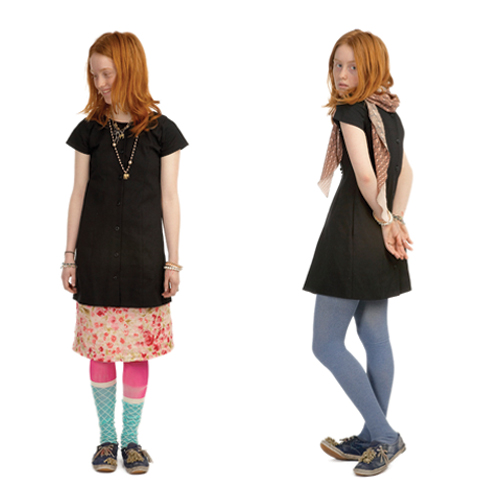 India Menuez is a 16-year-old NY local who could out-style a Dries Van Noten runway show with her wardrobe of entirely found/discarded goods from the streets of her Brooklyn neighborhood. She was a delight on camera and off. 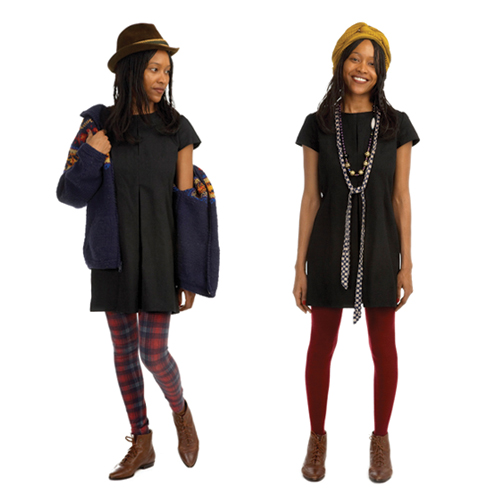 Victoria is an FIT grad turned textile designer, who brought her unique boho style to the mix. 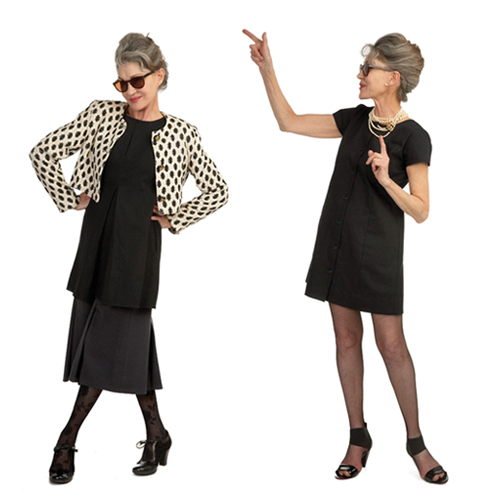 Jenny Hirschowitz, who’s classic style reminded us of Audrey Hepburn, proved that our dress was not only timeless, but ageless as well. 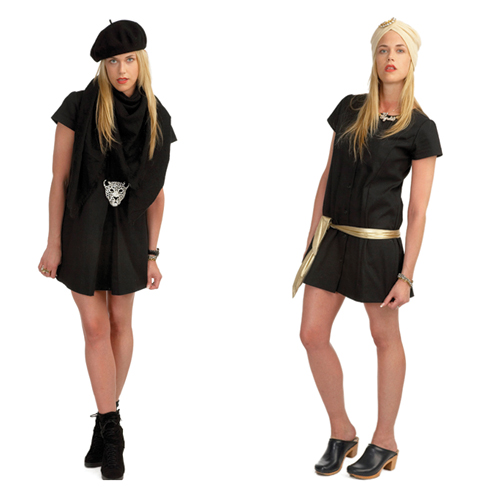 Byrdie Bell took the look to the streets with the tough-girl chic that any Hollywood starlet would covet. 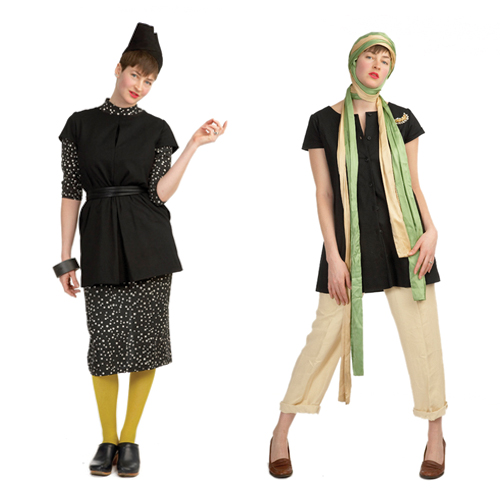 Eliza couldn’t help but join in, to remind everyone that even a short dress can be worn with the elegance of the 1930’s silver screens. 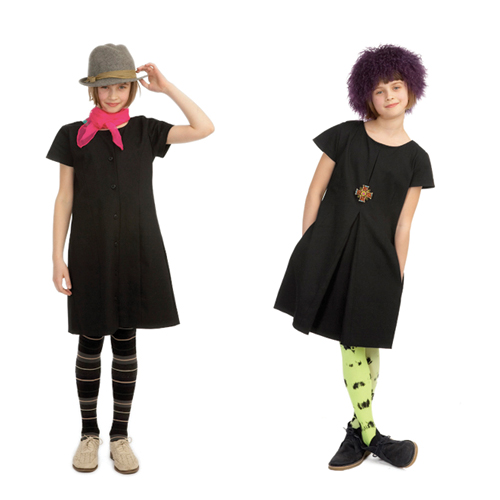 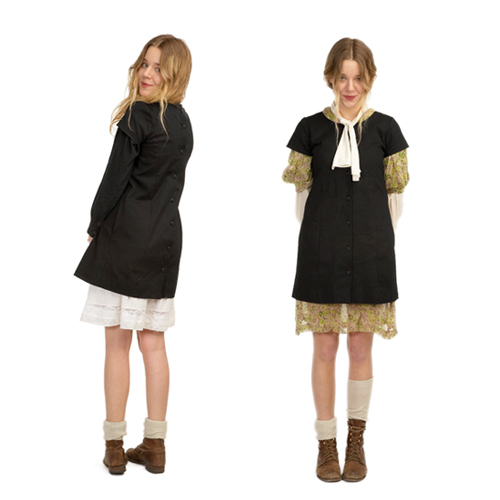 Lauren Buxton took LBD back in time ala turn-of-the-century schoolgirl. 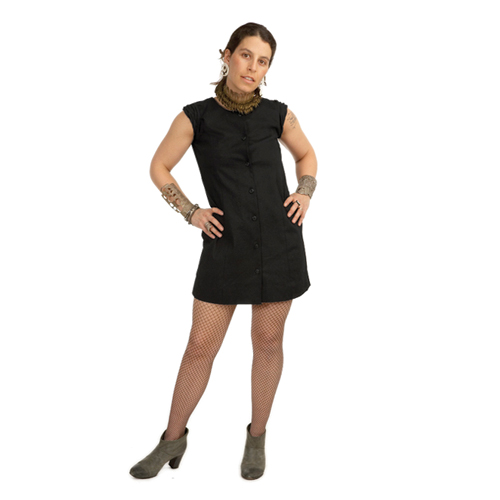 Darcy Miro’s handmade jewelry designs took the dress to another dimension, wearing what looked like futuristic accouterments from another galaxy. 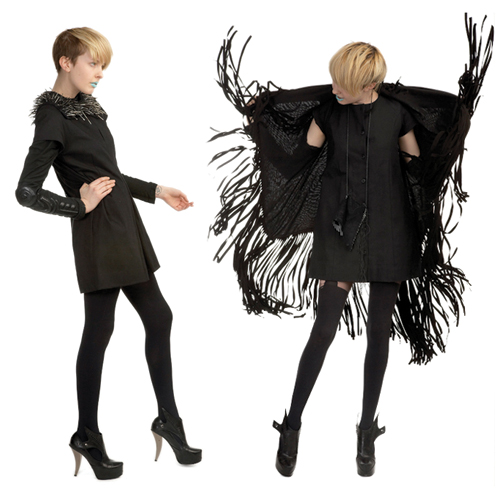 Elizabeth Ammerman, the fashion design student who took the dress to the avant-guard runways (Gareth would be proud). 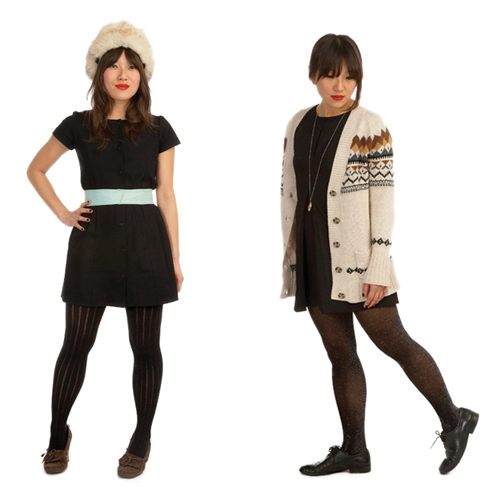 Ali is a brainiac who can speak like 12 languages. Her parents are diplomats, but still, 12 languages? 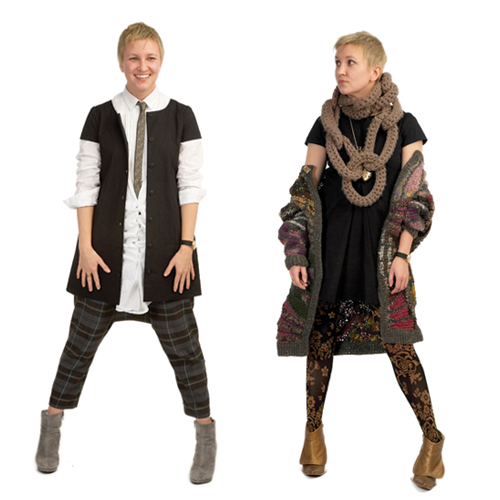 We also invited our pal Tara St. James to show off her mad styling flair. Every piece she wears comes from unique sustainable designers, including pieces from her own wonderful line, StudyNY.