A day trip to Pune

6AM and we were already on the road, driving out of Bombay, headed for the nearby city of Pune to visit that city’s Akanksha schools. We got in before 10, drank some delicious hot tea at the Akanksha office and set out for the schools.
We first visited the K.C. Thackeray Videya Niketan school, which is merely 2 years old. Principal Shalini walked us through the school’s history, classroom structure, and overall pedagogical philosophy while the school mascot and the students’ pet dog “Patch” followed us around the school grounds. Again, I could go on and on about their incredible teaching methods and the subsequent shifts in student attitudes, the likes of which i’ve never witnessed in any school setting before. These children had a hunger for learning that seemed insatiable. And boy do they love the camera! They were drawn to our filming like moths around a flame, giving the impression that they would have happily posed away for hours on end.
We then went to the brand new school called Matoshri that focused on younger students. At the end of the classes we got to sit down with a few parents who were waiting to pick up their kids. Their thoughts on Akanksha and what this opportunity meant for their kids offered the most touching and moving moments of our trip thus far. We asked one of the parents, Shabana, what she wanted her son Moin to become, and she jumped to say Doctor. But she was quick to add proudly that whether he became a doctor or not, she was sure that because of Akanksha and the way the teachers cared for her son, Moin would become an important man in some manner and ultimately turn out to be a good human being–all that any mother could want for her child. When we asked another parent, Almas, why she wanted her kids in Akanksha as opposed to other schools in the area, we received another equally profound response. Without missing a beat Almas explained that Akanksha was the only school she’d ever seen that not only teaches the children, but also puts an equal amount of effort into actually teaching the parents, so they themselves can become better educators and supporters to their children. I haven’t heard a better testament to what education can mean in its fullest sense than Almas’s off the cuff description of Akanksha.
Spending these last few days with the students it’s become more than evident that Akanksha’s mission isn’t simply some do-gooder activism steeped in lofty but unrealistic ideals, but rather something firmly rooted in pragmatism and driven by necessity. Akanksha sees the potential in each and every child and knows that denying them a well rounded education is denying them their chance in life.
I hope everyone who reads this today will make an effort to donate a little something that you can afford towards the future of these bright kids.
Make a Donation Today > 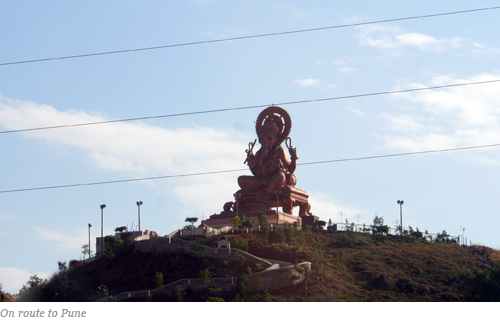 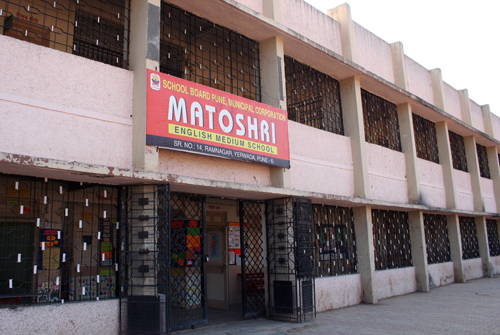 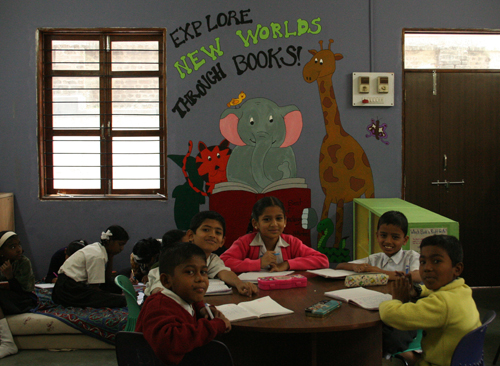 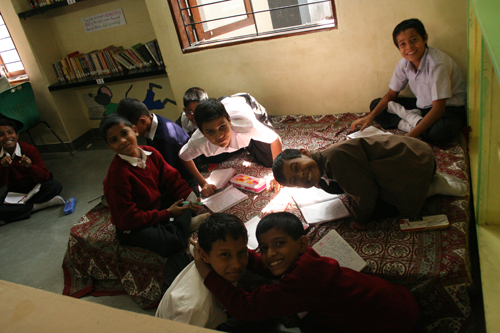 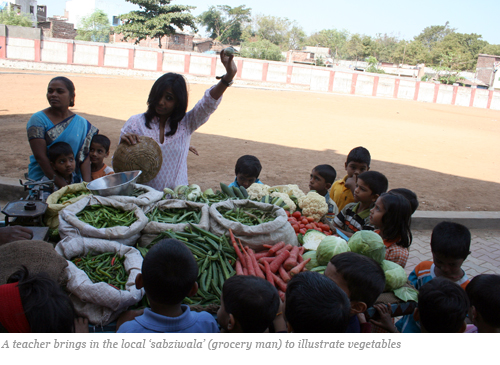 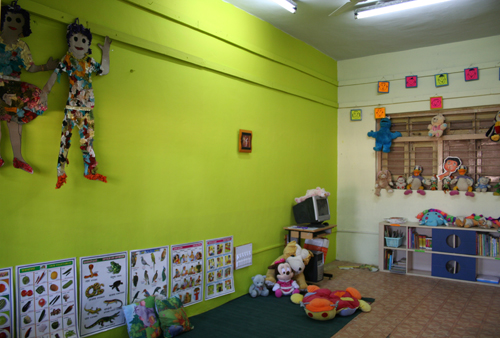 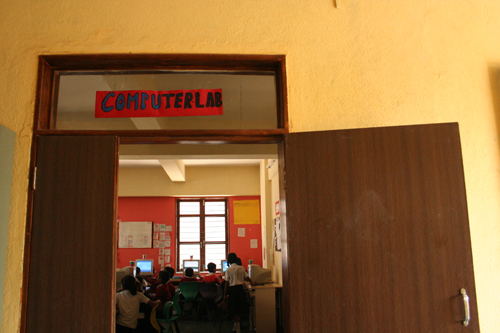 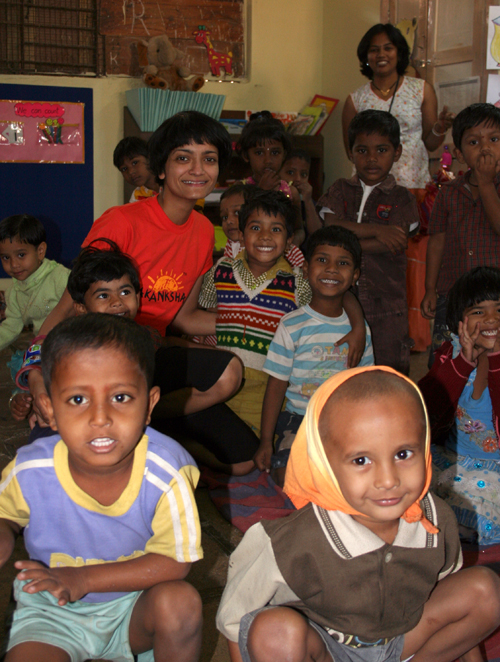 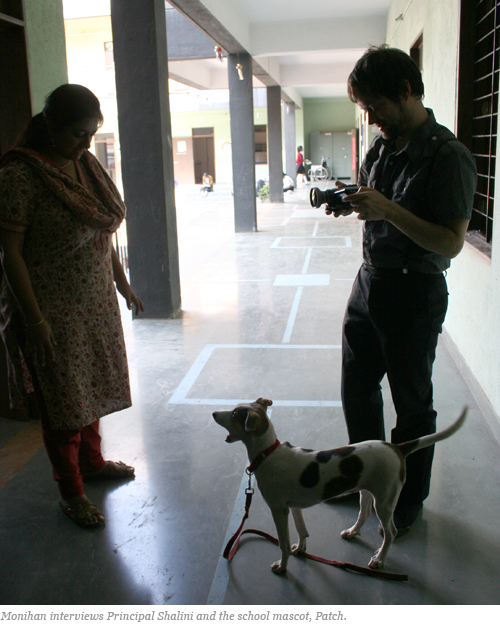 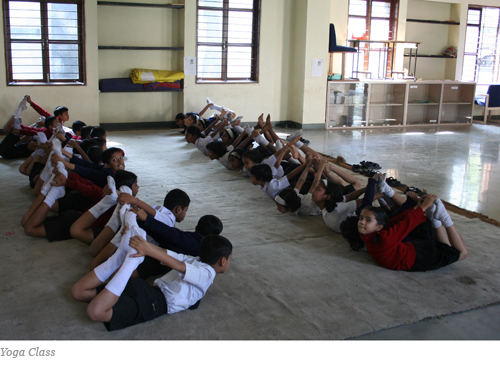 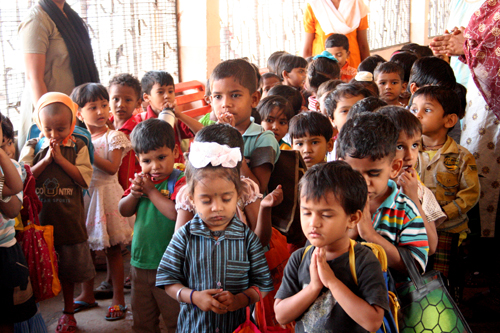 Arif Momin says:
:)
2010-01-16 00:23:00
Arif Momin says:
It was very nice to read about Akanksha. I was amazed to hear the training module for parents that is discussed. I am an online ads professional and can admit my child in any big school, however I want my child to study in Matoshri envirnoment. To teach my child the RAJ of Matoshri, as my nephews Zaveria and Arsh are already Matoshri students.
2010-01-16 00:21:53
Megha says:
god bless these sweet children, also fulfill parents wishes for their sweet,innocent kids... :)
2010-01-15 09:05:45
Monihan says:
Thanks for the kind comments G. Madhavi (principal of Matoshri school). Your school, students and work blew us away. Can't wait to finish the little film of our trip so more people can see how brilliant your school, it's pupils, and parents truly are.
2010-01-14 14:42:46
G. MADHAVI says:
I am really touched by Shabana didi's and Almas didi's thoughts. Thanks Sheena and Monihan for capturing and sharing these wonderful moments with all of us. My MEMS team - my kids, my didis, my parents will be very happy to read and watch these pics.
2010-01-14 11:57:34
anu vohra says:
it makes me feel proud to b a part of KCTVN PUNE . great job keep it up!!
2010-01-14 03:08:12
Sharon says:
I look forward to your daily updates. My students are happy to see their "fellow students" across the globe. Beautiful schools. Wish we could have a mascot like Patches!
2010-01-13 20:22:18
scary. says:
sleep much? no i didn't think so.. ;) nice keepin up with ya adventures loveens, great shots again - praying has never looked so good wha! like seriously the cuteness is too much! love it and congrats on such an amazing achievement sista, you're a true living legend!
2010-01-13 17:23:29
ammakke says:
Words can't express my joy & gratitude seeing those "out of this world "photographs & your detailed explainations..We could cherish them life long...Looking forward to seeing more ..Take care & all the best!!Those kids are amazing!! God bless them!!
2010-01-13 16:26:02
Wendie says:
These photos are just too cute!! Thank you for sharing your adventures & experiences with us! Keep 'em coming!
2010-01-13 16:18:21