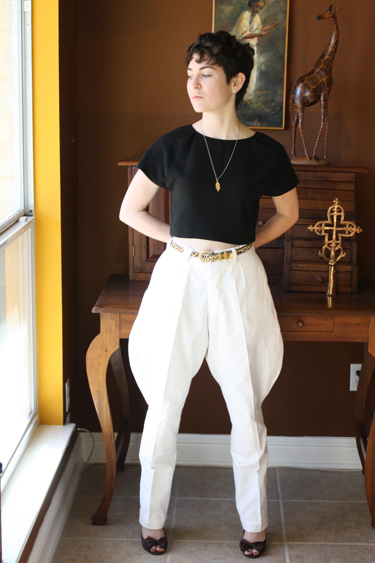 I moved to Ethiopia when I was 5. My parents were diplomats, so I moved around (mostly Africa) for most of my life. Ethiopia was a really intense place for a little 5 year old. We had a couple weeks until our house was ready, so we stayed at “The Mothy Apartments” in downtown Addis Ababa. It was horrifying. All of the windows were broken, so at night when we’d walk up there would be all of these massive moths in the stairwell. To this day I am scared of those creatures.

I started school and my best friend was my bus driver named Fanta. Yes! That was his name, I was endlessly amused by it. I was really shy, so Fanta would drive me to school, then walk me to class and hang out until the bell rang. He died that year from something not so serious, possibly the flu, that he didn’t want to medicate because it was against his belief. These things happen quite a bit in Africa, and it was hard for me to understand until I got older.

This week I begin my hustle to 48k. Woot! It’s a little tricky because I hate talking about money (right?!?) but it’s so important to me to build these kids a school. Have you seen what their current classroom looks like? Last pic down. It is so unfit that it makes me cry >

And I will do it. xx.wasabipear

***Today’s Outfit: LBD skirt worn as a cap over the shell. Ethiopian pants, my Dad’s from the 1980’s. Vintage leopard belt. Ethiopian cross.

i like that you have chosen a cause that will give maximum bang for your bucks. some charity dollars work harder than others!

Gurrl, I’m Africa-bound in one month. Extended stay of 10 weeks. I love this outfit x

someone might have asked this before but I just wanted to know: is the total on the page before or after it’s been multiplied by 5?

darling, sunshine. pack me in your suitcase.

loving your style, attitude, and your cause is damn fine. proud to be a donor.

It is amazing how people who are supposedly doing “something for Africa” highlight the worst parts of it. There are mothy apartments in your “first world” as well, and people there also die of things one wouldn’t typically die of. People there believe in things that one wouldn’t typically believe in the 21st century. Stop putting Africa down and stop telling us how “backward” it is. Africa is far more beautiful than you could ever imagine. I am tired of people showing Africa in bad light.

really sorry that you interpreted the thought that way, because i assure you that’s not the way i feel about Africa at all. i am absolutely in love with Africa, i grew up there. it raised me. and words can’t express how much i miss it everyday.

Love your cause, those kids are beautiful.

This is another great look. I like the feeling of reverence–the white pants, the giraffe, the misty painting–then the little bit of belly showing. Wondering if you’ve read Cutting for Stone by Abraham Verghese? Fiction, but a fascinating take on the revolution in Ethiopia. I spent some of my childhood in neighboring Kenya and Tanzania. The current farmer’s “salary” is a little meager, but I want to donate something by month’s end.

Damn girl. You are getting creative and i LOVE IT! Great month. Great Pilot. Great Cause. Great.

you did!? i lived in Malawi as well, have such great memories of southern Africa. love your comments btw.

i love everything about you. i hope so much that you’ll reach your goal.

crazy awesome pants! I love how your zipped the skirt up around your shoulders in the last pic.

The skirt as a cape adds a whole new layer of awesome to this LBD. Well done m’lady!

You look amazing. Love the pants, love the photo, love the use of the dress, love the cause…you inspire me : ) XO

Jah will give dem light!

This cause, those clothes, these words… I stay speechless.. I am very very interested in African clothing and I love to see it on you. I am going to Uganda, to meet my foster-parentschild, and I can’t wait for it! Girl, you are amazing. Believe me.

Beautiful — the outfit and your cause. Highlighting a cause naturally requires focusing on the need, which might seem negative to some. Your love of Africa definitely comes through, however, and it’s that love that compels you to help. I admire the spirit of the children sitting in their mud and stick classrooms improving their lives, but I share your belief that better facilities, desks and supplies would be of great value to them. Contribute generously, fashionistas!

I agree with you, Africa is a beautiful country, with even more beautiful and positive people. I spent two weeks in Uganda a few years ago and far from feeling depressed by the whole experience I felt totally uplifted. But the is no point in lying about the state of education in Africa- look at those photo’s and see for yourself. Jessica is raising money for charity, so it is understandable that she is highlighting the negatives.

So classy! I love all of it! You look powerful in this.