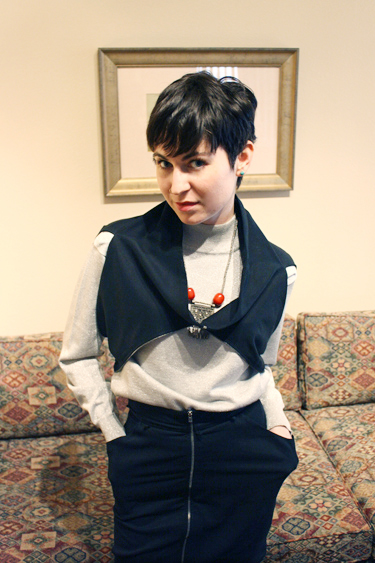 Some days I feel like being an adult. When I was little I thought I’d be fully grown at 8. Now *nearly* twenty years later (ooph!) I sometimes think I’m getting younger by the year. And I realize that I still ask the same questions “Who do I want be when I grow up?” (I know it’s usually what, but I like the idea of who.)

Most of the world doesn’t have the privilege of asking that question and that is why I started helping with this project. Charity Water recently partnered with Glimmer in providing many Ethiopian villages with running water. Before that the women and kids spent most of their day walking to and from the river for hours, leaving little time for school let alone much else. So, now that one problem is solved, let’s solve another!

As the Beatles say, it’s getting better all the time. xx.wasabipear

. Moccasins that I’ve had for years but don’t wear often.

Short for super comfy….Those boots look like something you wouldn’t wear that often but when you do, you remember why you keep those things around…and you can never get rid of them.

I would totally wear this! So you know it’s got to be good! 😉

I haven’t quite figured out how you’re wearing the top of the dress today. It’s not quite a shawl or drape, though it’s shawl-like. Really fun, especially with those mocs!

Why, I’m glad you asked. It is the top of the dress that I turned upside down and stuck my arms through, giving the lovely shawl FX.

Trying to donate online, but the DONATE link merely takes me to a details page. I can’t find a way to donate, much less use PayPal (my preference).

Bill Reid (Friend of your dad’s, and a compassionate Conservative — don’t count us out of your support equation)